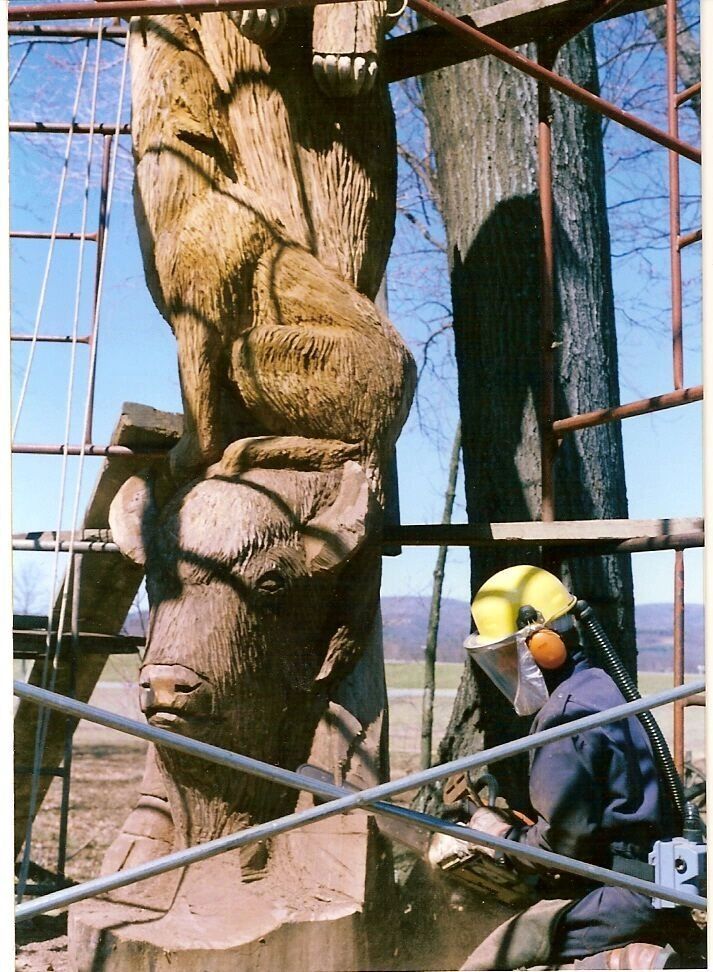 Black Walnut, Side table with a nestling cub beside you. Can work with almost any furniture setup.

This bear will pay peek-a-boo with you as you sit and drink your coffee!

Call To Place a Hold on an Item!

If you want to custom order a piece, call and we will discuss the process with you! Normal time of completion could be within a few weeks!

Kraig was born in Harrisburg, PA in 1955 and grew up in Morgantown, PA.  His childhood summers were spent traveling across the United States and Canada on the way to Banff, Alberta.  The Brady family lived in a tent when traveling and while living in Banff, where his father taught art courses at the Banff School of Fine Arts.  Kraig's love for the outdoors and frontier subject matter was formed as he and his brothers would spend their days exploring mountain trails.

During his high school years Kraig began painting and sculpting people and animals of the frontier.  Later he studied at Philadelphia College of Art, the University of Montana (BFA-sculpture/education), Montana State University, Penn State University, and Banff School of Fine Arts. Kraig's sculptures can be found in homes, schools, and businesses from New Jersey to Oregon.

Better yet, see us in person!

We love our customers, and would love for you to stop by sometime. Please contact us to schedule an appointment.

Welcome! Check out my new announcement.